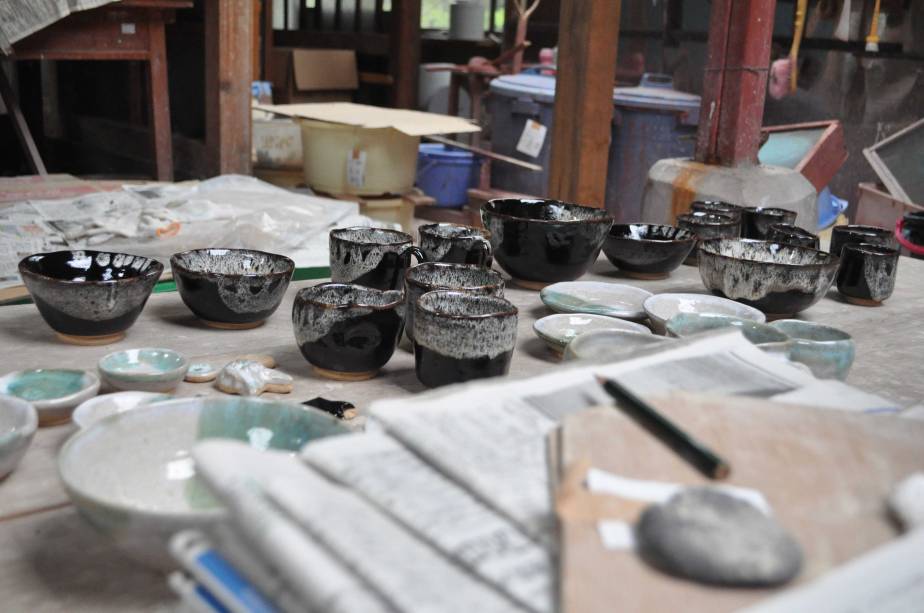 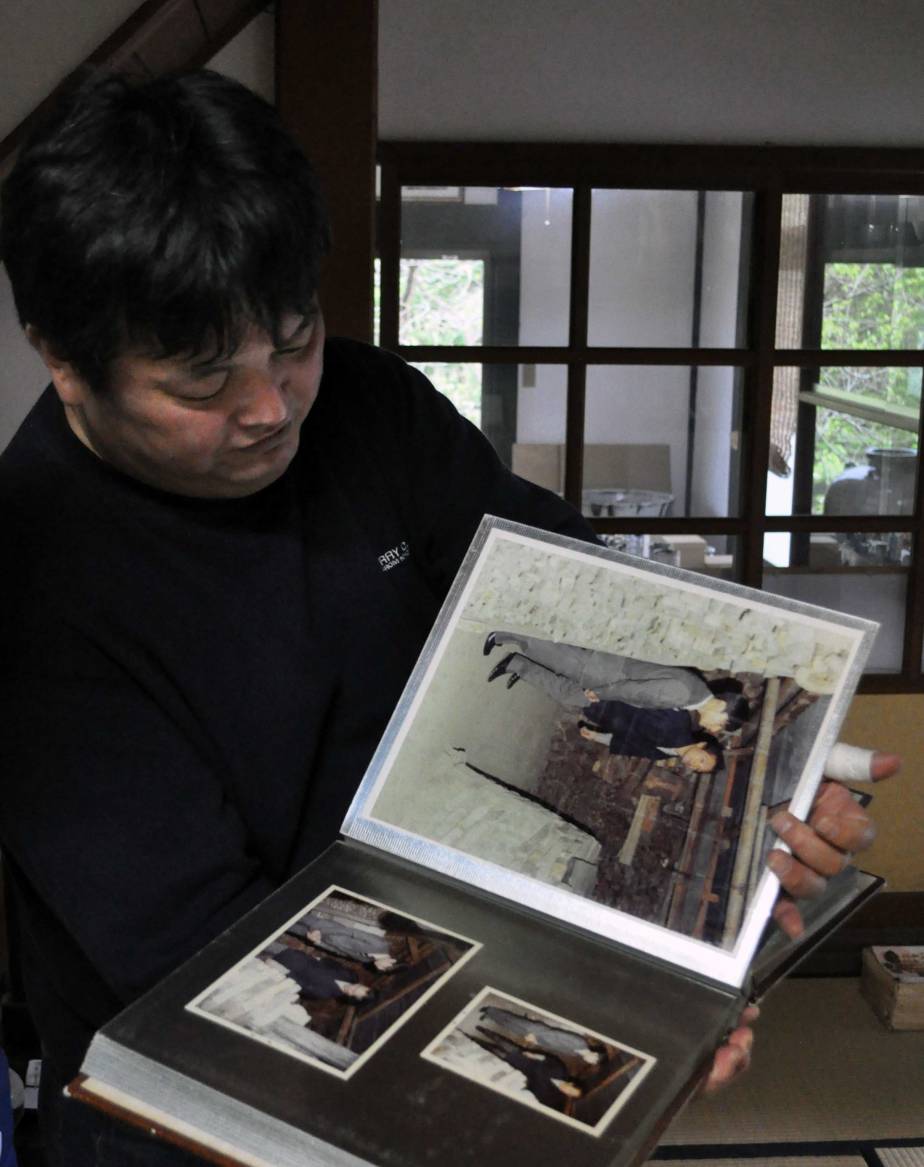 During my quest of trying to understand what it means to be a craftsperson today, and what it suggests for tomorrow, I managed to get an interview time with Hariu-san. He is part of the Tsutsumi yaki family business that makes this craft since ten generation. Hariu-san was nice enough to book three hours of his time for talking with me and showing me the kiln. It is very important to me as it is the first ceramics maker I meet here in Japan – and I am quite a fan. I believe that surrounding ourselves with beautifully crafted objects can help to make life more joyful. Collecting ceramics while traveling on a restricted capacity such as… a backpack makes it obvious that sometimes, I should just look at them. And sometimes, carefully choose to buy one and carry it with me! I am also very curious to discover Hariu-san’s point of view on topics such as tradition, innovation and dedication.

Materials is key to Tsutsumi yaki

“The Tsutsumi Yaki is defined really by the materials, which are gotten from around here”, so it makes the company strictly rooted in Sendai area. They quality and uniqueness of their craft relies on the glazes and clay they find in the soil. They had to move the kiln around fifty years ago because houses were to be built in the previous location. However, a geological professor had investigated the area and told them that there was the same kind of geological layers in the new location. Safe!

Hariu-san quotes one of his friends, who is a washi paper maker: “he was born into it”. Moreover, “when I was younger, there was nothing to do but play with the clay”. An early appeal that has been confirmed thanks to a trial-and-error life process. Indeed, Hariu-san tried a lot of different jobs, such as “truck driver of door-to-door salesman”, he made his own experience before he makes the enlightened decision of taking over the family business.

The will for becoming a craftsman

“It’s much easier to become a normal company employee or something like that.”
“It’s much better, if you like pottery, just to do it as a hobby”

What is at stake here is mainly financial uncertainty. “There are no guarantees whatsoever that you are gonna make a living out of it. And so, you have to be really firm in your own mind that it is what you wanna do”

“Out of the fifty people in total who have been apprentice here, about half of those are making pottery to sell as a business.”

The only one left

Years ago, there were like twenty or thirty places like this that used to make the Tsutsumi yaki. “We cannot stop because we are the only ones left”, even though “now, compared to the most busy time from years ago, it is about one tenth of the volume”.

It takes ten years to become a proper apprentice at Tsutsumi yaki. “But you can probably master the basics in about three years.”. We are talking about a long-term commitment here. Plus, discipline: “When I was working here, like, as an apprentice, and with my father, whether they were here or whether they were at home, I called him “sensei””. Plus, perseverance: “apprentices might be told to do the same thing for three years. Just do the same thing over and over again.”

That is something young generations do not want to do anymore.

Nowadays, Hariu-san is teaching his nephew about how to become a Tsustumi yaki craftsman. “it’s a bit different. I make my nephew think for himself and get his opinions on things, so it’s not as strict as it was with my father”

Two generations before, when Sōetsu Yanagi (philosopher) and Hamada Shōji (ceramist) came to Tohoku, “my grandfather met with them”. “Through the mingei movement, the Tsutsumi yaki and Tohoku pottery became more well-known, a lot more people became aware of it”

“My father used to tell us that we should pay most attention and take the most care when we make the everyday articles.”, which they might be selling for one hundred or two hundred yens, but those things are very important too. Nowadays, Hariu-san still follows this golden rule: making the customers satisfied makes him happy

Improvement of gestures and technique

“So, [the products] are easy to use and they feel nice in your hand – good things – that is the satisfaction of making it.”

The funny thing is, it always gets back to the basics: “over a ten-year period, some things might change, and after ten years come back to the way it was before. We probably have the best shapes, because it’s a three-hundred year’s process”

Hariu-san can describe the feeling of the pieces he and his father made: “the object itself has a strong presence, it has a lightness about it as well. It is Delicate.”

You can visit their shop in Sendai to see for yourself:

When I ask about wabi-sabi feeling in Tsytsumi yaki products, Hariu-san confesses that “most Japanese don’t understand wabi-sabi so… if you go and live in Kyoto for a long time, maybe you will understand.” 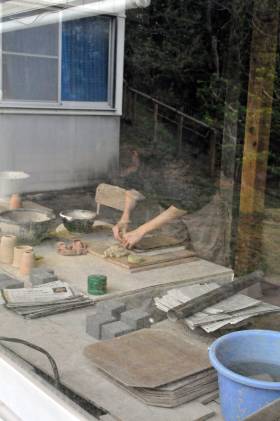 Come to Rennes, let’s have a talk & a drink!